Students, and learners too, thrive in an environment that is conducive to the development of their specific talents and abilities. As institutions such as schools and universities only have limited means to align structures and programmes with the individual needs of learners / students, it is important to guide them towards a school or university that best suits their respective needs, or to guide them towards a development journey based on what is being offered locally (at their current school or university, or based on their preferences). Once the learners and/or students have chosen an institution, it becomes important to indicate this as soon as possible and as effectively as possible, and to intervene should problems arise.

Signs of an increased risk of early school leaving already become visible in the first year. This is one of the conclusions in the thesis entitled Early school-leaving in The Netherlands. A multidisciplinary study of risk and protective factors explaining early school-leaving for which Dr T Traag, researcher at the Central Bureau of Statistics, received a doctoral degree at the University of Maastricht.

The research shows that behaviour in the first year is a significant indicator of behaviour during the remainder of the school years. There is no reason to believe that high school will be different. This means that pre-scans, or scans as early as possible in the learning career, can play a strong protective role.

The graphs and their conclusions, as presented below, are not easy to read for laymen. However, we do provide the graphs as all those familiar with the methodology of the Organic Score-Card can help to explain the meaning of the graphs.

Before we look at the figures, it needs to be emphasised that these scores are based on very limited numbers in a once-off scoring round. More groups and larger numbers will provide more objective results. The differences are also highly significant. We trust that future results will provide uniformity and clarity.

The results given below do provide direction and do support the guidance of students. However, the results do not provide ‘proof’.

We also provide brief descriptions of what the graphs represent. You are referred to TransMind for a detailed interpretation of the colours and domains.

Background of the Organic ScoreCard

The basic principles below will provide you with a quick understanding of the graphs.

The three colours represent the regions in our brains from where our behaviour originates.

The graphs of students from the 2011 part-time group at Utrecht High School are provided be-low. This graph compares the students who went through to their second year with students who dropped out in their first year. 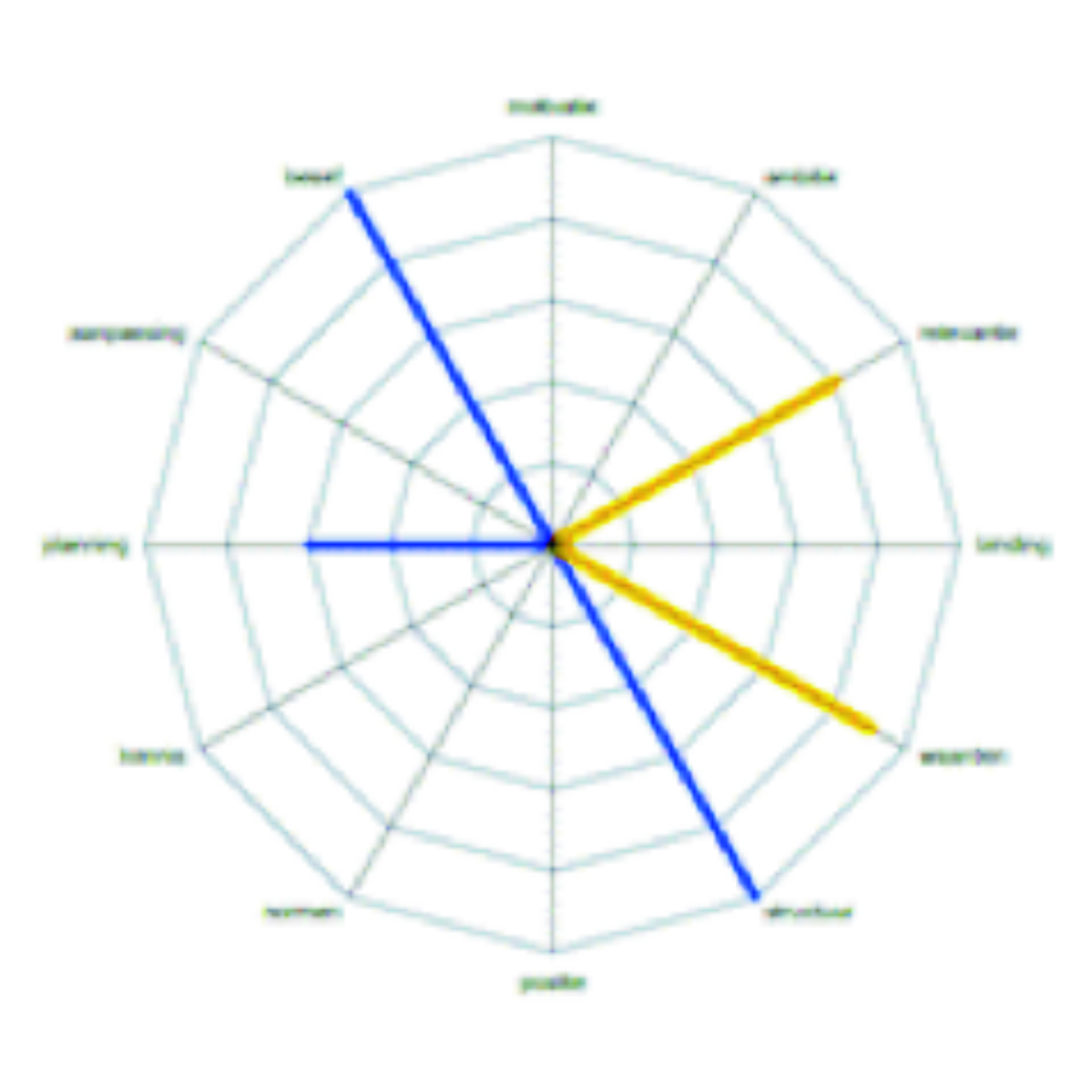 The 100%* correlation measurements show that the ‘drop-outs’ (Figure 1) have a strong need for a familiar and predictable structure in themselves and as facilita-tion, i.e. from the institution. Their need for these types of certainties is apparently lulling them to sleep, giving them huge confidence that this is rescuing them.

We know that structured and disciplined work holds benefits in secondary school. However, during high school it seem to help only when the discipline comes from the students themselves. When the need to “be taken by the hand” becomes too big, as can be the case in secondary school, higher education can become counterproductive. 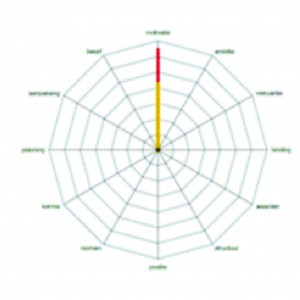 This study focuses on part-time students. Hence, this story does not (quite) fit. However, the scores do point to a strong need for inner and outer structural support. This is a phenomenon worth investigating.

The students (Figure 2) who have made it to their second year all have an interesting mix of self-confidence and a restless drive in common, but without the structural sense of the “drop-outs”. 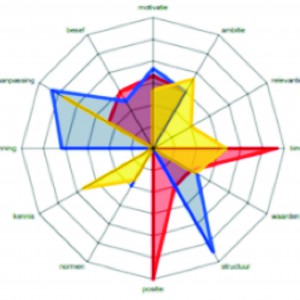 In the 75% of the graphs we see a more behavioural movement: Here, the drop-outs strengthen their need to be sure, and to know where they stand and what they need to do. At the same time, they show that they are somewhat lost and insecure among the people around them. 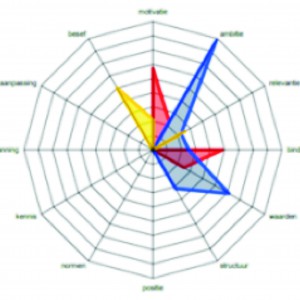 Those who have passed take a proper look at what is expected of them. They prefer to take their security from this rather than from the systematic rigidity of the drop-outs. They seem just like the drop-outs who see uncertainty in themselves and in the interactions among fellow students and teachers. However, the extent of their uncertainty seems to be much smaller and more accepted by themselves. The preliminary conclusions above are enhanced by this image.

Somewhat premature and insufficiently substantiated but yet interesting is the idea that those ‘structure-needy’ students who do pass will later on in their studies translate their external insecurity into the frustration we have seen with long-term students who drop out.

Organic Development enables you to win the inner game so you can achieve peak performance in the outer games of everyday life. 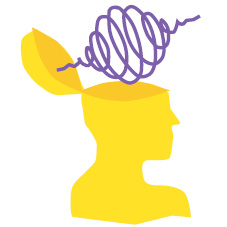 Organic Development is about your personal development for greater meaningfulness, success, and contribution in life.

In Organic Development we focus on the processes that will reliably unleash your highest and best potentials. We do that by enabling you to create the most enhancing and robust meanings that will then enable you to implement your best values into the actions that make up your performances. By modeling excellence in people who are actualizing their highest and best we continue to create new models.

Organic Development enables you to win the inner game so you can achieve peak performance in your outer games of everyday life.

If every behavior and response you produce is the performance of a meaning, what meanings are you performing?

What is the quality of that performance?

Are there any new or higher meanings that you would like to perform?

How meaningful is your life?

How well are you translating your highest meanings into everyday actions as you close your Knowing-Doing gap?

Why a scan for coaches? 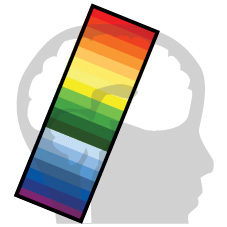 There is no question that, over the past 60 years, most specialists have been benefiting from technical progress – regardless of whether they are working on a medical or technical level. However, coaches are the exception to the rule in this picture.

A good coach has intuition, experience and ‘a bias that does not look too much like the ego’. Coaches regard the use of objectivising techniques as a weak point instead of an enhancement of their profession. This is fascinating. In scientific investigations, investigators are always called upon to count in their own investigations. In other words, coaches who know they must completely separate themselves from their coaching must still be born.

The Organic ScoreCard (OSC) developed by TransMind, gives coaches this ob-jective tool and enables them to pinpoint coachees’ possible blockades, beliefs and other restraints in terms of personal growth within 10 minutes. This means a coach does not have to sit through several sessions simply to determine what the coachees’ issue really is. The OSC also enables the coach to see directly what intrinsic direction is given by the coachee himself / herself. The coachee feels and understands what the next logical step is, even if this goes against his or her current strategy.

You will see the OSC, from a methodological point of view, is capable of provid-ing these enlightening and sobering insights. Also, you will experience how coaches’ or your own beliefs and self-images lead to a bias that is as natural to you as water to a goldfish.

Why the Organic ScoreCard and what value does this add?

The OSC methodology brings the above-mentioned depth and acts as a catalyst. The OSC ignores categorising methodologies which draw conclusions and inter-pretations from the behavioural side. With the OSC, coaches have a behavioural development tool at their disposal instead of a behavioural change instrument. Only the former leads to sustainable human development because it allows guided interventions from consciousness.

In addition, the OSC measures the development of an individual or team objec-tively, giving coaches the opportunity to use this rapid analysis to build a trajec-tory and to make their results visible.

Finally, the versatility of the methodology makes the OSC suitable for a wide range of issues as it is all about sustainable development or structural questions which may and should never be approached in isolation. This applies to a range of target audiences as well as individuals. It also applies to teambuilding and organisational development.